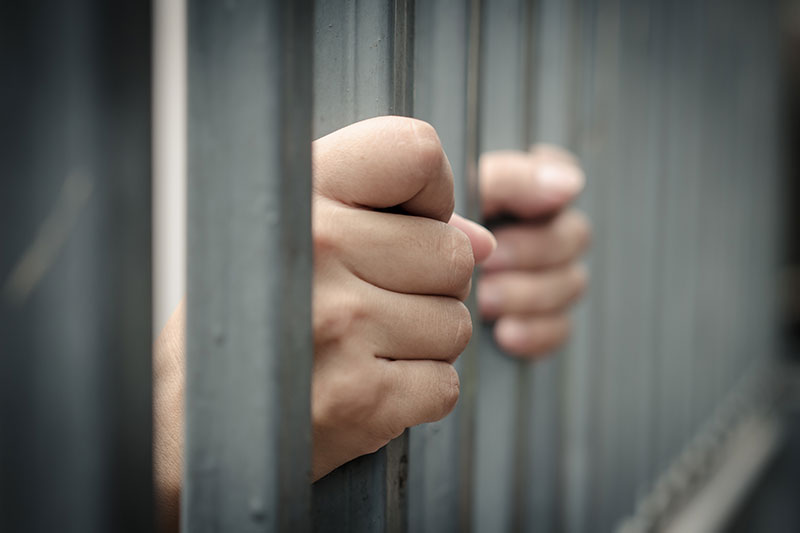 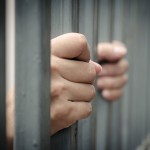 “Don’t Bleed On the Floor”

The first thing you would notice in prison is the serious lack of feminine hygiene supplies. Each month, women in many prisons receive 10 small, wingless pads with weak adhesive. This supply has to last their entire period. Women in prison can forget about making pads out of toilet paper because that’s rationed too.

Women also have to use these pads for other things that aren’t provided by the prison. For example, sometimes women in prison use their pads for makeshift shower shoes (as modeled by Piper and Sophia in Orange Is the New Black) or for cleaning supplies.

Some prisons don’t even provide 10 free pads a month. This leaves women to bleed through their clothes and then have to wait until laundry day for a fresh set. This is both unsanitary and degrading. Some women in prison have even reported that corrections officers have told them not to bleed on the floor.

You might wonder why women can’t just buy feminine hygiene products at the commissary. The biggest reason is a lack of funds, as most inmates are impoverished.

In prison, pads cost about $2.60 for a pack of two dozen and eight tampons cost about $4.20. Inmates make less than a dollar a day working in prison and they have to use that money for other essentials like toothpaste and deodorant.

Even if a woman has the money to buy feminine hygiene products, commissaries are often understocked, resulting in shortages. This is especially problematic because women in prison tend to have synced periods, a result of having so many women living in close quarters.

Why Should We Care?

So, there’s a shortage of pads and tampons in prison, what’s the big deal? Prison isn’t supposed to be pleasant, because it’s a punishment. While it’s true that prison is a form of punishment, being subjected to embarrassment and health risks like fungal and bacterial infections should not be.

Additionally, we need to think about the type of women who are in prison. The majority (64%) of these women are in prison for non-violent offenses. We’re also looking at a vulnerable population. In addition to being poor and undereducated, 73% of women in state prisons have a mental illness, 63% are mothers, and 68% have been physically or sexually abused in the past.

When we look at these statistics, you have to ask yourself one question: Do we really want to treat such a vulnerable population so poorly? I know that my answer is no.