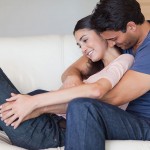 Why do hugs, kisses, and cuddles feel so good? Whether we’re sad or lonely, going through a tough time, or sitting next to our significant other on the couch, most of us crave physical affection or touches at certain points in our life. Why is that?

According to Psychology Today, it actually affects our physical and mental health, including elevating our “feel-good hormones” and decreasing stress hormones, lowering blood pressure in women, and helping with our moods. This physical affection, however, needs to come from people we actually want affection from–so don’t go hugging strangers or expecting to be welcomed with open arms (pun intended)!

One study shows that frequent hugs from your partner increases oxytocin, the “feel-good hormone,” which is also called the “bonding hormone” because of its importance in sex and childbirth. It helps calm you, reduces pain and increases maternal bonding and feeding. Additionally, higher oxytocin levels are linked to lower resting blood pressure and heart rate in women, which is a good thing for your health!

Cortisol, or the stress hormone, is released by our bodies when we experience stress. It can inhibit bone formation, which in the long term can lead to osteoporosis, and our immune response, which can dampen our ability to heal from physical trauma. So tell your significant other that they need to hug you more so you can stay healthy and live longer!

Physical affection also affects our moods. Have you seen a movie or television show where the characters comment on another having the next day “after sex glow”? They seem happier and more energetic. Well, one study shows this might actually be a real effect of affection and sex! They studied several women’s moods and stress levels after sex (or physical affection in other forms) with a partner, and found that they could predict the woman’s mood the next day to be more positive.

So let’s get cuddling, folks! 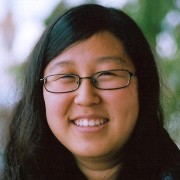