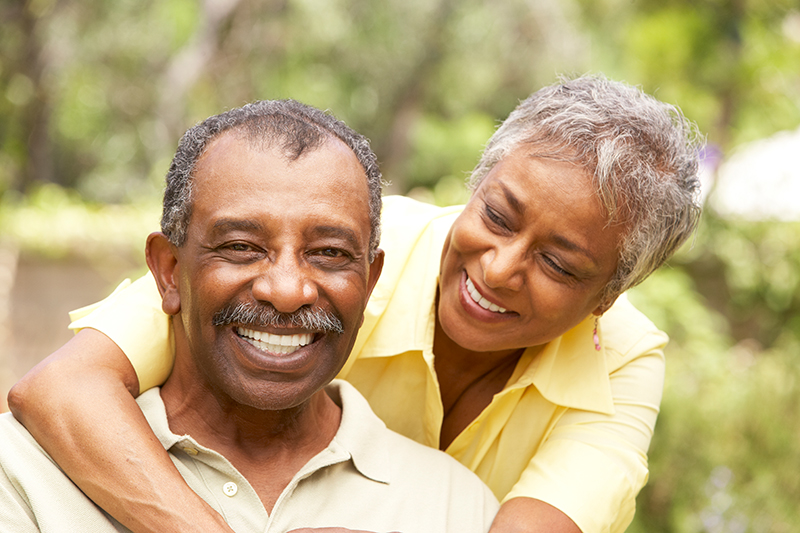 Your son is about to get married. He’s anxious. He comes to you and nervously asks — you can see the fear in his eyes — “How in the world did you sustain a marriage for nearly four decades?” He’s actually wringing his hands.

Well, how did you?

The divorce rates are over-the-top and have been for years. How did you and your spouse/partner manage to stick it out, weather the storm and not take a powder at some point?

S.P.C.: Agree to disagree much of the time. I love him all the time but I don’t like him sometimes!

The razzmatazz lust part may very well wane (in most cases, count on it!) but there has to be something other than activities-under-the-sheets that keep two people together long, long after the first blush has vanished.

According to Reader’s Digest, which has been around longer than most marriages, there are seven stages to marriage including:

STAGE 1:
The honeymoon or passion phase. The couple is acutely attracted to one another. Mother Nature has something to do with this. When passionately in love or lust, a person experiences euphoria, which comes from delectable bursts of neurotransmitters, making him or her forsake all others and behave in a way that ensures the survival of the species. (Lots of sex.) During this time, a couple establishes emotional intimacy as well as respect and trust.

Yeah, yeah, we all remember this but … it generally doesn’t last. Within two years, most couples have lost that beginning magic.

STAGE 2:
Honeymoon’s over and one or both parties realize, wow, I’m going to be married to this person until death do us part? I signed up for THIS? Yikes! He doesn’t put the toilet lid down. You don’t put the lids back on the jars tightly enough to suit him. He belches and farts and snores. You’re bad with money. This is the acceptance (or not) stage. Take it or leave it. You and your partner need to lay the groundwork for a lifetime together, keeping in mind each other’s idiosyncrasies and shortcomings.

STAGE 3:
Rebellion. She wants to live in the country; he’s a diehard city dweller. He wants kids, she’s not ready. Self-interest is over-taking marital interest. Get ready for combat. Learn to fight fairly and NO HITTING! This is a perilous time in a marriage. People may opt to engage in illicit affairs or change jobs without consulting their partner. Put your seatbelts on!

STAGE 4:
You now have children and a mortgage and life has gotten really complicated and isn’t nearly as fun or carefree as it used to be. Marriage becomes more of a business-like arrangement than a lovefest. This is the cooperation phase.

STAGE 5:
For years and years you and your partner or spouse have been in the ‘cooperation’ phase, trying to survive, financially, maritally, while raising kids (who can be a real challenge and pain in the you-know-what.) The kids are now in college (hopefully not in jail) or married or living on their own, supporting themselves (again, hopefully.) This is the time when you and your partner can sit back, relax, exhale, and realize there was a reason you got married in the first place. Reconciliation; peace; happiness.

Or…maybe not. Perhaps you look across the room at your spouse and think … I really do not want to be with this person.

J.S.: Love, like, trust, listen, laugh, do things together or separately as warranted. Give each other space. Hold onto yourself. Realize not all marriages work (less than 50 percent.) Sometimes you need to be brave and end a marriage that is not working, no matter how much you have tried.

Middle-age isn’t always easy. People may have regrets and frustrations over the things they didn’t get to do because they were enmeshed in jobs they hated and raising children. A person can become disillusioned and think the grass is greener elsewhere. The expectations of the marriage and the role each plays must be recalibrated if the relationship is to survive this phase.

STAGE 6:
All hell breaks loose. The two of you got through stage 5 (barely) and now … one of you has lost employment, the other is taking care of an elderly parent, an adult child has moved back into your home and your 16 year old dog is chronically ill. This phase, THE EXPLOSION, can happen at any time in a marriage although it generally takes place when a couple is in their forties and fifties. Batten down the hatches. Do your best to make it through this trying time.

STAGE 7:
This is the ‘completion’ step, meaning marital bliss actually heightens after years and years of a relationship.

T.P., married for 33 years: Realize you won’t always understand each other because men don’t think like women so just say what you really think even if it isn’t nice. Nobody is a mind reader.

Talk things out after you get over being mad. Compromise. Say you’re sorry and don’t do it again. If you stay married long enough, it is amazing how much fun you have. The older you get, the better it gets.

The theory is if you maintain a childlike appreciation of laughter, life, nature and of each other this results in a long and happy relationship. In other words, never lose that little girl or boy within you.

J.C.: Humor. Whenever one of the other does something stupid, we both laugh. It’s very therapeutic and cleansing.

J.B.: Be kind to one another and when you falter in this, make up for it. (Married 61 years next month!!)

L. C.: My wife has always been good about (us) doing things separately; maybe too good about me doing separate things. Several years ago, I left for a Florida fishing trip and somewhere in Kentucky I called her and in the conversation asked if she missed me yet. Her reply was, “No, not yet. Go a little farther.