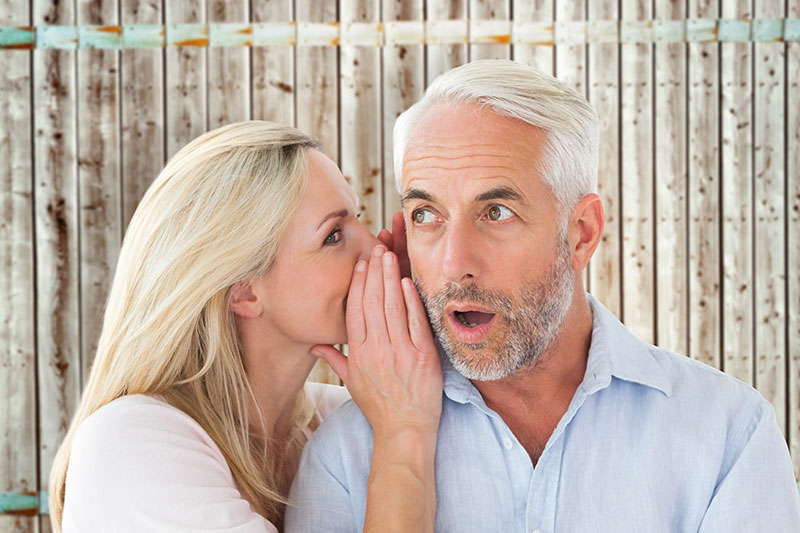 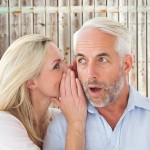 It is not unusual to see a family of four suddenly and unexpectedly expand to a family of five, with a huge gap in between the second and third baby. Often this is the result of a perimenopause oops! The woman is no longer having regular menstrual periods and thinks she is beyond her childbearing years (Surprise! Surprise! She wasn’t) and unintentionally conceives while in her forties.

There are always risks associated with pregnancy but those risks increase significantly when the mother is older. The chance of miscarriage increases to 25 percent for an older mother due to alterations in her uterus, hormone levels that have diminished and lower quality eggs.

When an egg is old (since it has been around for 40 plus years) it may not be good quality, which can lead to birth defects, including Down syndrome, where an extra chromosome is produced because of a disturbance in the cell division process. The chance of a chromosomal abnormality in a baby born to a 40-year-old woman is one in 40.

Pregnancy can be quite challenging for an older woman, who may already be experiencing health concerns, such as high blood pressure or heart problems. Pregnancy is hard on the body, especially an older one.

The odds of going into labor prematurely rise for an older mother. A premature infant faces numerous potential concerns including learning and developmental disabilities as well as cerebral palsy.

Older women are more apt to experience an ectopic pregnancy, where the embryo implants outside of the uterus. This is a dangerous situation for the mother.

The odds the woman will require a C-section increase by more than 50 percent when the mother is beyond age 40.

However, more and more women are opting to start their families comparatively late in life, and many have great outcomes. Rather than having an ‘oops’ baby in their forties, they are having their first.

Women pregnant for the first time at age 35 years or older are medically referred to as elderly primigravida. In recent years there has been a notable increase in women having their first child at age 35 or later and often a second child.

J.S.: Yes, the pregnancy was intentional for my first child born a few weeks before my 41st birthday and intentional for my second child born when I was 44. I finally had a husband I wanted to have children with and he was younger, in his thirties. I was concerned about potential birth defects and always wanted as much information as possible. I had a relatively new procedure then called chorionic villi sampling (cvs) for my first child. By the time I had my second child cvs was out of favor so I had amniocentesis. I was prepared to make a decision with data provided but both children had no known birth defects. As an aside, the cvs results had confirmed a normal baby girl around 10 weeks gestation but three weeks before my due date an ultrasound showed a very distinct male organ. I had named my baby Christine at 10 weeks but changed the name to Christopher with this new shocking news and packed away lots of pink baby clothes. So much for state-of-the-art genetic testing. I am blessed that I had children and glad I have a younger husband to help. He was even a stay-at-home dad for our second child when she turned one-year-old because she had major issues with asthma and resistance to antibiotics.

When an older woman gives birth, if she’s done it before, muscle memory kicks in and the uterus, a muscle, knows what it is supposed to do even though it may have been years since it has done it.

However, if a woman is older than 35 and has never delivered a baby before, it is more difficult for her body to make the required physical adaptations essential during pregnancy and childbirth than it is for a younger first-time mother.

If you are entering perimenopause and your periods have become unpredictable do not assume you are no longer fertile. Many women have found out the hard way they were still capable of getting pregnant. Surprise! We have to turn the home office into a nursery.

D.S. I had five boys by the time I was 28 years old. I went on the pill to avoid any more. When I turned 40, I went off the pill because of a family history of breast cancer. I wanted to go through menopause naturally and hoped I would know when it started. We were being very careful but I found out I was expecting when I was 42 years old. I was devastated, not to mention my husband. The pregnancy was very normal. My doctor wanted to do amniocentesis but I refused because I was willing to accept and love whatever was in store. Labor was normal until the baby’s heart monitor showed his heart rate went down with my contractions. The doctor gave me pitocin to hurry up the labor. I had the baby in one hour. The cord was around his neck but he was fine. He was perfectly normal. He weighed 8 pounds, 10 ounces. There was a 14 year gap between him and the fifth child. I was a month shy of turning 43 when I had him. I wouldn’t recommend someone deliberately trying to get pregnant at 42. It totally depends on the parents, though. I struggled to keep up with a very active baby boy in those first years. I missed some of my high school boys’ games and other things. I will be 61 years old when my son graduates from high school next year. I am the oldest mom in the graduating class. I was called his ‘grandma’ several time when he was young. He was an uncle when he was three-years-old. I was pregnant at my oldest son’s wedding. I couldn’t imagine life without him. He has been a great joy and blessing to us.

Those older women wanting to get pregnant may have to work harder and longer to achieve their goal but many have been successful and started or completed their family while in their forties.