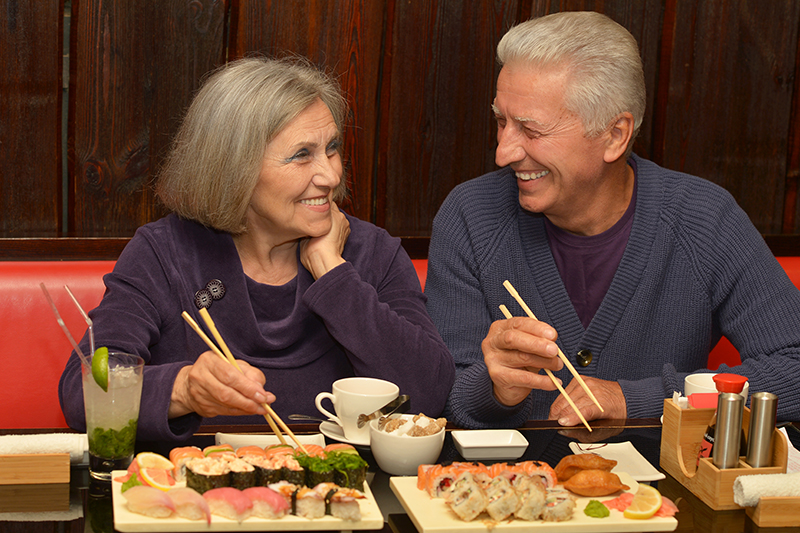 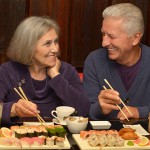 Does that word itself, let alone the thought of actually doing it, make you cringe?

You are in good company. Naturally, there are exceptions to every rule but many older people wince and recoil when the topic of dating comes up.

Divorces occur, people are widowed, and there you are: Old enough to vividly recall the assassination of JFK 52 years ago, the first in your junior high crowd to buy a Beatles’ 45, proud of your AARP membership and the fact you’ve kept most of your teeth.

You are hesitant if not downright appalled at the thought of jumping into the dating pool at your advanced age but friends and family members keep prodding you to ‘Get out there’ and find someone. They are relentless.

R.L.: My wife (his fifth) asked me if something happened to her would I get married again. My answer was not ‘No’ but “Hell, no!” I love her to death but never again.

Do you want to remarry? Yes? No? Maybe? I’ll think about it.

R.S.: My mantra: I will NOT train another one.

Sure it might be nice to have a companion but, then again, it’s not so bad being alone. In fact, you rather like it. Once you adapted to post-divorce singlehood or being widowed it has grown on you. You have become accustomed to being single.

C.S.: I am widowed and get very lonely at times but would never marry again. I was very happy with my late hubby. We knew what each other was thinking without having to say it. I would love to find a companion who would like to travel and do fun stuff with. But as for marrying again, NO. I do not want to have to learn the habits of another male and, as bad as it sounds, I like my life (again) the way it is. As for sex, I can take it or leave it. It does not make the relationship anyway.

Men are More Game than Women

According to Pew Research, men are more likely than women to say ‘Yes’ to another marriage, which is going to require dating and courtship of some sort before the two end up at the altar.

Remarriage patterns reveal 64 percent of widowed or divorced men have remarried while only 52 percent of previously married women do likewise. So it’s the ladies who are dragging their heels.

H.T.: I have been with my hubby for 43 years and cannot imagine another. New relationships come with too much baggage. We know what each likes and dislikes. There’s not enough time to change for someone else or them for me.

As life expectancy has increased, older people have become more likely to remarry than their younger counterparts. In 2013, 50 percent of previously wed senior citizens were remarried compared to 34 percent in 1960. Of course, divorce is much more acceptable now and not the stigma it was 50 years ago, which may account in part for the escalation.

The rise in remarriages is due to numerous things, including the upsurge in divorce as well as the increase in widows and widowers. There are lots of Baby Boomers and even folks in their 70s and 80s who are ready and willing to have a romantic liaison. People are living longer and not retiring to their recliner at age 65, calling it a day, as many did in prior generations.

And, of course, there is Viagra, which allows older men to remain sexually active and capable of performing even though they are experiencing erectile dysfunction, which is a common affliction among male senior citizens.

Overall, marriage is in decline in the United States; however formerly married older people seem to be willing to give it another shot. According to Pew Research, one in 10 divorced or widowed persons at least considers getting remarried. Thirty-one percent aren’t sure and 45 percent definitely say NO. However, younger people are not so keen on getting hitched a second time.

D.E.: No way ever again (would I get married.) I found the perfect man 34 years ago and couldn’t handle another one nor could they handle me. Once you are spoiled by the one in a million man, no other could take their place. I’d be better off staying single, enjoying life and keeping memories.

L.C.: I’ve been married twice, the first time for seven years and we parted agreeably. No regrets there. J and I have been married for 36 years and I see no reason it could end in divorce. If death should her part, I don’t think I’d remarry. I’d be fearful of ending up with some women who’d try to relearn me. I don’t even know if I’d seek the occasional companion. It would just depend on how well I adjusted to being alone. If I remain healthy and can travel independently I may be okay with that. John Steinbeck wrote about traveling with his dog Charlie and that doesn’t sound too bad to me.

According to the New York Times, Americans older than age 50 are no longer reluctant to get a divorce after decades of marriage. In 2011, 15.4 percent of people age 50 or older were divorced and 2.1 percent were separated. A total of 13.5 percent was widowed. Compare that to the statistics from the 1960s, which show only 2.8 percent of older Americans were divorced.

Why So Many Divorces?

Reasons for the high rate of divorce among those age 50 and older may be due to previous divorces. If a person is on his second or third marriage, which many Baby Boomers are, this makes them statistically more likely to divorce again.

Stephanie Coontz, family history teacher at Evergreen State College in Washington State, reports that a man and woman who have been married for decades, and perhaps not very happily, may opt to go their separate ways late in life rather than spend the next 20 years together or until death do them part.

M.B.: I’ve been divorced for a while. I never found the right woman to be with that would accept me for who I am and not try to change me. If that is the motive of women of the marrying kind I’ll opt for a woman who would like a companion, sharing experiences, life stories, new adventures, and our children and grandchildren. That would be fulfilling without the protocol of wedded ‘bliss.’ If I wish to share a concert or dinner or event, I can ‘phone a friend.’

Life expectancy has increased, which means marriages can last a really, really long time and some people have simply had enough. Adios, amigo. Professor Coontz notes that divorces among older people are usually initiated by the woman, which holds true for younger couples as well.

If you are willing to take the plunge, go for it; no holds barred. Date, get remarried, do whatever feels right to you. However, if you prefer your life as a single person, do not make any apologies for it.

“‘Single’ is an opportunity to live life on your own terms and not apologize.”
― Mandy Hale, The Single Woman: Life, Love, and a Dash of Sass

2 Comments on “Ready To Jump Into The Dating Pool? Yes? No? Maybe? Never?”