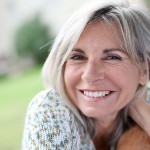 Do you smile a lot? Rarely? If you are in the ‘rarely’ camp you may want to rethink your lack of smiles. If you do decide to smile more often it has to be a genuine grin to work its magic.

Smiling on a regular basis can extend your life. Ah, get out of here! Yep. You can snatch an additional seven years of longevity if you are in the smiling camp.

Nancy Vandemark Wilson, age 75: I love smiling and I am also drawn to people that smile. And once in a while you can make others smile by sharing one of yours.

Those who authentically smile are either happy or amused or friendly. Those who infrequently smile may be depressed, grumpy or just plain old sour pusses. Think about it. If you smile a lot it probably means you’re in a good mood, feeling physically and emotionally well and enjoy interacting with others. That’s a healthy way to live.

A smile reveals happiness or some version thereof as well as makes a person look more intelligent and attractive than the non-smilers, according to Dr. John Day. Studies of photographs reveal that those who smile in their pictures generally live longer and are happier than their non-grinning counterparts. There are scientists who think the act of smiling provides a window into a person’s emotional and mental health.

Most people cannot fake a real smile (99 percent.) However, there is that one percent who can. Good for them (or not.)

Carol Curren: Fake vs. genuine: Look at their eyes. Patients can tell if the doctor or nurse is really smiling behind the mask. Did you know you can hear people smiling on the phone? I learned all of this when working at a hospital and while selling real estate.

A genuine smile is called a Duchenne smile. It involves the contracting of both the zygomatic major muscle (which lifts the corners of the mouth) and the orbicularis oculi muscle, (which raises the cheeks and creates crow’s feet around the eyes.) The term Duchenne smile comes from Guillaume Duchenne, a French physician, who studied the physiology of facial expressions.

Beth Flynn: I think I smile a lot. A fake smile, to me, is one that doesn’t quite reach the eyes. There is nothing like being around someone whose face lights up when s/he sees you.

A fake smile entails the contraction of only the zygomatic major since a person cannot voluntarily contract the orbicularis oculi muscle. Some smiles (the fake ones) never reach the eyes. The mouth is smiling but the eyes are not.

Research shows there are two kinds of smiles, which are controlled by two completely different parts of the brain. If a person has damage to the motor cortex on the brain’s left hemisphere and tries to smile, the outcome is an asymmetrical grin, because the right portion of the smile does not move as it should.

On the other hand, if the person with the damaged motor cortex naturally laughs his smile is normal and symmetrical because the spontaneous grin is controlled by some other portion of the brain than the part that is controlling the attempted grin. The fake smile is controlled by the motor cortex unlike the emotion-related Duchenne smile, which is controlled by the emotional center of the brain, the limbic system.
So what’s the big deal, anyway? Who cares if it’s a genuine or contrived smile? According to Psychology Today, the kind of smile you are issuing matters a great deal and has a lot to do with the quality of your marriage and your general life satisfaction.

After studying university yearbooks, researchers Lee Anne Harker and Dacher Keltner of the University of California Berkeley, found that those with Duchenne smiles had better marriage outcomes and experienced well-being 30 years after the photos were taken, whereas the fake and non-smilers didn’t fare as well.

Renee Socie Snider: Some years ago, I was accused of having what’s now become known as the ‘resting bitch face.’ If you know me, you’re aware that I’m quite light-spirited and happy almost all of the time. It’s when I’m being contemplative that I tend to seem unfriendly. After that comment was shared with me, I’ve made a concerted effort to smile, even when I am just walking through the grocery store or sitting in a restaurant. I am amazed at the number of strangers who smile back. I really appreciated that piece of constructive criticism.

The expression referring to your brain’s ability to determine within 180 to 430 milliseconds whether a person is genuinely smiling or faking it for you or the camera is called ‘thin slicing.’ Your subconscious knows nearly instantly the difference between the two smiles.

“Thin slicing’ has allowed the human race to survive because people are able to sum up a situation very quickly and can tell who is friendly and who or what is dangerous. If it’s the latter, particularly if it’s an angry dinosaur, you know instinctively to run!

Smiling conveys trustworthiness, openness and emotional stability as well as happiness. You can trust me. Come closer. Of course, there are those ratfinks who use their disingenuous smiles to entice others into their evil web.

When someone smiles at you, you gravitate toward that person and are more likely to be helpful to someone who is smiling rather than frowning or growling.

Larry Chapman: I don’t know if I’ve ever been a natural or habitual smiler. In fact, as I’ve aged I’m pretty sure the muscles used to smile have weakened in me. I catch glimpses of myself in a window glass or mirror and I see this gruff looking old man with a turned down, drooping mouth much like those old farts who sat in the balcony of the muppet Show. And another thing is my lower lips are almost always sticking out beyond my upper lips and that adds to the appearance of meanness. I’m surprised more children don’t scream and take flight when they see me come into view. My photos scare the sh*t out of me!

Of course, Kim Kardashian reportedly keeps the smiles to a minimum to avoid getting wrinkles but when has she ever been right? This writer will take a laugh wrinkled and expressive face over an inexpressive frozen but beautiful face every time.