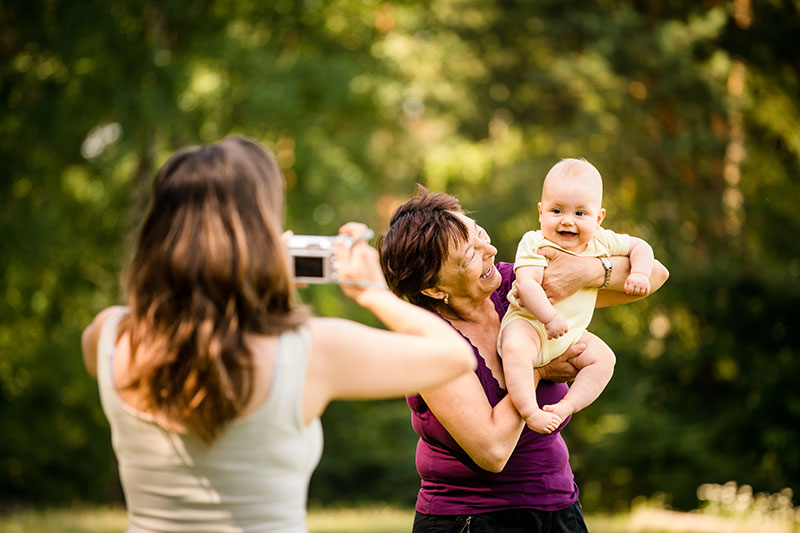 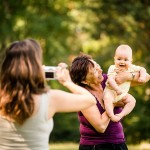 Knowing and assuming your role, how to be involved without being overbearing.

You are elated over the new arrival but you are not exactly sure what your role is in the whole scheme of things, particularly if this is your first grandchild.
As much as you adore your grandchildren you have to remember they are not your kids. Grandparents tend to forget that at times.

S.K.: Like the saying goes, our kids were the rainbows and our grandkids are the pot of gold at the end of the rainbow.

Your grandchild has parents who are in charge and running the show.

Take one step back.

If you have a good relationship with the parents, one of whom is your child, all the better; don’t muck it up by interfering and being domineering.

Do not proselytize. If they want your advice they will ask for it. Learn to tamp it down. Remember how annoying it was when you were a first-time mom or dad and your ‘elders’ were sticking their nose into your business? Your child or in-law may be bursting with questions or they may not be. Follow their lead.

Every situation is different. Very young parents may strongly rely on their moms and dads for advice and support while older parents may have less need.

S.K.: (As a grandmother) I don’t worry about being over-bearing. I give my advice and opinion and let them make their decision.

The new mother is waging a war against raging hormones, sleep deprivation, anxiety over her new role and responsibility and may be in physical pain. Her partner needs to be her handler and intervene when necessary. Boundaries should be set, but often aren’t. Do this before the baby arrives and enforce them, nicely but resolutely, when baby comes home.

Everyone is trying to be nice and helpful but grandma or grandpa is doing something that is driving the new parents absolutely bonkers yet they’re afraid to speak up. No one wants to deliberately hurt another person’s feelings but you can have a conversation without being mean or accusatory.

Grandparents can be competitive — the paternal side versus the maternal side. You could let them duel it out but it would be a lot less bloody if you can kindly but firmly speak to the grandparents and tell them to knock it off.

How well this works depends on the players. If mother-in-law and daughter-in-law had a rocky relationship to begin with, it may get worse after the baby is born. Try, try, and try again to get along, for the entire family’s sake and the baby’s.

When Grandparents Become the Parents

While other grandparents are vying for their grandchildren’s attention and wanting to spend more time with them, consider those who are serving as full-time parents a second time around.
More and more grandparents are being charged with raising their grandkids than ever before. A total of 4.9 million American kids were raised entirely by their grandparents, according to the 2010 U.S. Census, which is nearly double the number of the 2000 Census (2.4 million.)

D.S.: Sad thing is there are more grandparents these days raising their grandchildren, not getting to be just grandparents.
R.M.: Another sad thing is when you have a grandchild who is struggling and you have no legal rights to do anything. You just sit back and watch and you have your heart broken because the custodial grandparents don’t take their job seriously.
S.K.: Being in education, I have seen and worked with more grandparents raising children than ever before. I have one great-grandparent raising two young children. She fought for custody but I fear she is not capable of caring for them. They both have special needs. God bless her for fighting to remove them from a bad environment. She, at least, can offer them love but it’s not an ideal situation.

Ideally, grandparents get to be grandparents and don’t have to assume the full-time role of parent to their grandchildren but it happens.

Give Peace a Chance

Cooperation and consideration are key. Working it out should be the goal, not pointlessly butting heads. The objective is raising healthy, secure and well-cared for children, whomever is doing the rearing, and maintaining a strong, mufti-generational family unit.