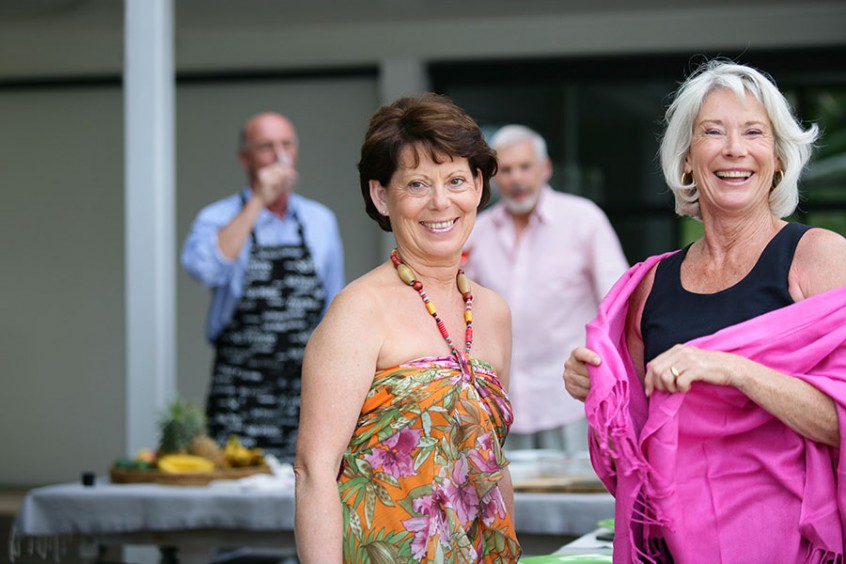 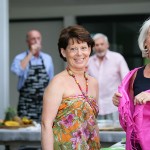 As people get older, they acquire new interests and hobbies, things that didn’t interest them, or occur to them, when younger. Who knew the philosophy professor would become a beekeeper or the social worker would reinvent herself as a wildlife rescuer? Life takes some curious twists and turns over the years.

When a person, young or old, delves into new arenas, he encounters new people, who become his friends because they have something in common. They bond over their mutual interests.

However, establishing friendships as one ages can be difficult, particularly if a person is housebound due to physical infirmities or other limitations. Social networking has given these individuals an outlet for social interaction. An individual can be confined to his home yet engage with others online.

Cyber friendships are different from in-the-flesh friendships, not necessarily better or worse, and can certainly fill the void for someone whose social life is nil due to health restrictions or other reasons.

Older people are less likely to enter into a ‘bad’ friendship or maintain relationships that have soured over the years because, with age, people become less tolerant of nonsense and more picky about whom they spend time with. Of course, there is always the person who never learns from his/her mistakes and keeps on getting tangled up with the wrong characters but most older people have better sense than that.

Carol Newland Strickler: I didn’t have many friends when I was younger but as I have gotten older I make sure that I pick friends I know are loyal and honest and are not going to turn on me for the least stupid little thing. If a so-called friend will “dog” another friend then I try to stay away from that person because if they talk about another person to me, they will surely talk about me to other people and I don’t mean just little petty things in passing — we all do that — I mean vicious, cruel talking. I also stay away from “fake” friends.

As people age, they (usually) become more comfortable with who and what they are. They don’t feel the need to explain or apologize. Maybe they’re eccentric. So what? They have accepted that, embraced it and go about their quirky life without fear of being ostracized.

In other words, the older a person gets the most likely he is to let his freak flag fly, although he may have been fearful of doing that when younger because of peer pressure. Fitting in is so very important when young, not so much when you’ve been around the block a hundred times.

Older people don’t generally feel obliged to conform nor do they possess the burning desire to be accepted at any cost, including at their own expense. That is one of the best perks of getting older. Old people speak their minds, say ‘no’ when they don’t want to do something and don’t lose much sleep over whom they may have offended in the process of being outspoken.

Friendships May Come and Go

Sometimes old friendships wane over the years because people go in different directions and don’t have much in common anymore. People change and the relationship may no longer ‘work’ for one or the other or both. On the other hand, there are friendships that stand the test of time no matter what transformations the individuals undergo.

Glenna Purdin Reed: I still have the same friends now as I had as a child. I had nothing then and I have nothing now so I know it’s me that they care about. There are about 10 life long friends and I will cherish them forever! I am blessed.

Patricia Mertz: I lost many very good friends when my financial situation changed. I believe now that it may have been mutual but at the time I was abandoned and left totally alone with not a phone call or a Facebook message. It’s been four or five years now, and still not a word. Others pop up in an email and say hello but nothing in the way of a friendship connection. My friends in my hometown have remained exactly the same. I used to say they didn’t know me any more. I had changed. I’d lived away from my hometown since 1965. I don’t go home much anymore. I think I should now that I’m thinking about it. That’s where most of my real friends are.

It is imperative to maintain friendships, healthy ones, as we age because it helps older people maintain their mental health.

According to Dr. Karen A. Roberto, coordinator of the gerontology program at the University of Northern Colorado, it is critical for women, especially elderly females, to be able to talk and share experiences with other women. She notes women are usually more involved in their friends’ lives than men are and work harder to improve their friendships.

Staying active in the community, at church, at a senior citizens’ center or through volunteer work or on social networking sites after the age of 65 makes it possible for older people to find new friends, reach out to their old friends and not be so dependent on their families for emotional support and companionship.

According to the National Institutes of Health, when an older person has positive friendships this boosts mental health and wellbeing. Regular interaction with close friends is vital. What older people most value in a friendship is trust, loyalty, having similar interest, shared activities, day-to-day assistance, sociability and self-disclosure, according to Adams, Blieszner and De Vries, 2000. When an individual remains socially active this safeguards cognitive functioning and wards off dementia and Alzheimer’s.

If you aren’t being social enough, reconsider getting out there and establishing new friendships or reestablishing old ones. Get on FB, pick up the phone, send an email. It could be the smartest thing you ever did in regard to safeguarding your mental health.

P.S. You may end up having a blast!